Welcome to the web page and blog of Gregor James, children and adult fictional author.

So now, I have once again decided to take my work underground, to stop it falling into the wrong hands.

This will be my last entry for some time.

I have a confession to make. I am extremely indecisive. And right now I am at a crossroads. One that looks depressingly familiar.

On one side - the Kingdom of BetterJob . In the distance I can see new and interesting people, a fulfilling working environment. And wedges of filthy cash.

I strode boldly into that mist many times, but the broken compass of indecisiveness keeps leading me back here. My head is spinning, my legs are weary, and those wads of filthy luchre have never looked so tempting.

It wouldn't be selling out, you understand. I'm not talking about burning the bridges to Self-Sufficient-Writer Towers. Rumour tells that beyond the Kingdom of BetterJob lies the mythical land of MortgageFree, and it's capital city, SemiRetirograd. And beyond there, those same rumours indicate there is a mountain pass leading straight to the Promised Land.

But finding the path is not without peril. Before reaching it, BetterJob visitors risk becoming enslaved by its cunning rulers into the Joyless Army of Pointless Capitalism. And the route itself is fraught with peril, littered as it is with yet more obvious metaphors.

So here I stand at the crossroads. Turning around and around. Begging for divine guidance. Or, failing that, a coin. Anything.

Hi Folks - a Happy 2018 to one and all. I have spent the Christmas holidays incubating cold and flu viruses, mostly wearing my way-too-comfy new pyjamas and publishing my new book. See -> there it is on the right. Gorodin Pt1. Like most authors I am 1 part proud, 1 part ashamed, 1 part desperate to rewrite the whole thing, but that's partly why I've put it out there - to remove the temptation for endless re-writes. It works fine as it it Greg - leave the damn thing alone.

This is the first part of a trilogy - the rest of which currently exists as an unmanageable combination of rabid, indecipherable notes and plot plans. So what I really need is for people to read it, love it, and tell me they are desperate to read part 2. Then I can discard all my other life roles (father, wage earner etc.) and go write it. Or maybe not. It would be a powerful motivator though...

I've written plenty blurb elsewhere outlining the book, but not the inspiration behind it. It's a while back now and I don't remember it all perfectly, but I remember liking the concept of someone being kicked out of a isolated desert city, and then learning an earth-shattering secret he needs to get back in for, and around the same time coming up with a neat fantasy idea what that secret would be. Then I got the 2 main characters, and we were ready to go.

Anyway do please check it out. I will be back shortly hopefully with news on failed attempts at promotion via Facebook/Twitter/Good reads et al. Farewell until then.

Well hello there world! Welcome! Again! And apologies again for the slackness. I guess the infrequency of communications is a given by now right. Can I phone in my grovelling apologies? I'll have to think about that. Etiquette for an imaginary audience is something I am kinda making up as I go, so bear with me.

So anyway, much has happened in Gregor James Towers since we last spoke. I have been dropping some lines at youwriteon - the peer review site, after seeing if they could offer me some tips for Gorodin prior to publication. Turns out they could. Turns out I am a bit long at getting to the point sometimes! I know - hard to believe. Anyway once I got the scalpel out and cut away the worst of the waffle people started to like it. I am currently #3 in the November 2017 Top Ten - go me! So it's just possible that if anyone finds the link on that site, AND they click on it, AND it works, then I may no longer be talking only to web crawlers and hackbots. A scary thought indeed. But welcome, dear reader, if you have perchance arrived by such a route.

Anyhoo - that means I need to spring into action. I am now frantically editing part one, so that anyone interested can download it. Then part 2 - the bit you pay for - will follow on from that. Then the next installment - The Gorgon's Kiss - is being sweatily planned out for writing after that. But I will try and not leave this so long the next time.

Baddest of the Authors

Sorry about the break. Real life inserted itself once more. I'm not sure that's really an excuse for 5 months of idleness to be honest. It's so long I can't even remember what I've been up to. Well I can remember some of it. I have a free outlet for the e-books, which is good, but I haven't been able to make the Amazon book free. Nor have I even worked out how to make my books appear when you type my name into the Amazon search. Same goes for the google search to reach this very site. Which is why I am almost certainly typing to myself. Sob.

But all is not lost. For one thing I have another book. I may have mentioned it before. It's called Gorodin. It's about 2 friends who get exiled into the desert from their home city (Gorodin), and learn an amazing secret. They just have to get back into the city before they starve to death in order to exploit it - or prevent others from doing so. I should mention the city is definitely in the fantasy world, full of things that are sentient that shouldn't be. Things that float in the air, that shouldn't. All this and more. I even have a (provisional) cover - look: 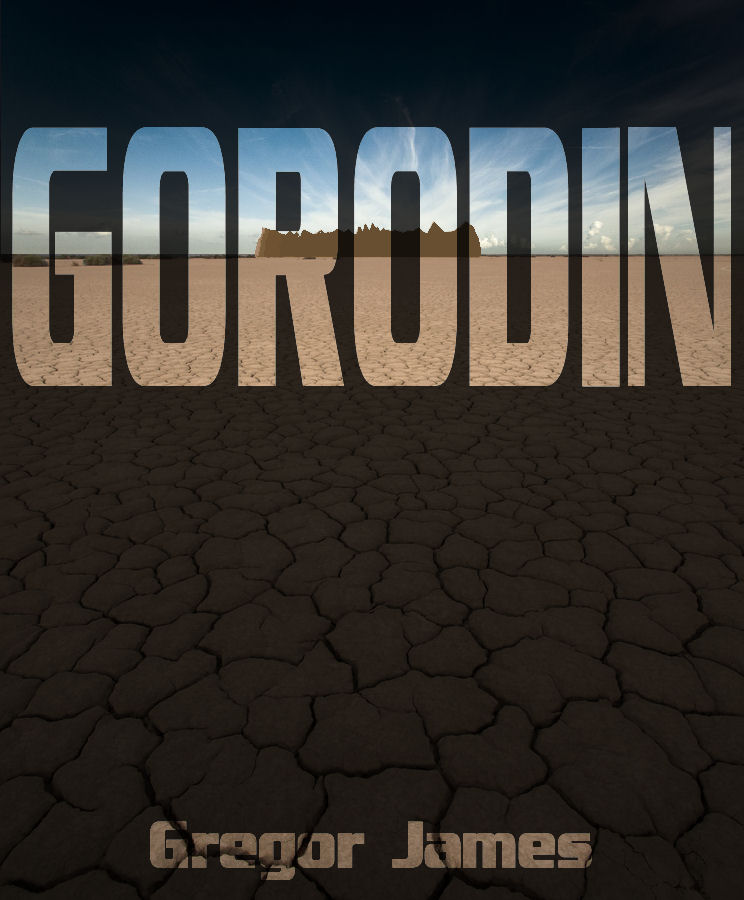 What do ya think?  Enough to catapult me to stardom? Or should I bite the bullet and hire an illustrator? Ah well - it is what it is.

Anyway I promise (again) to be more diligent with this. And also to get the book out. It's in 2 parts (initially) again, and I'm also going to try and pimp it to some proper publishers (yeah I know). But I'll let you know how that pans out.

Will update you soon! No really! I mean it this time!

Here are my books and details of where you can get them from:

My first grown-up fantasy trilogy. Currently undergoing the most tortuous rewrite in history, which as we know always produces the best books. Check out my posts for news on that, free chapters etc.

Amazon keep turning off my fee book promotion for this, so to get it for FREE you can try somewhere else like kobo or (in the US) Barnes and Noble.

Baddest of the Bad - part 2

Thie final part of the Baddest of the Bad saga will cost you around £1.99 wherever you go - so you may as well use Amazon. Also on Kobo and B&N among others